How to Invest in Discord IPO: Buy Discord Stock 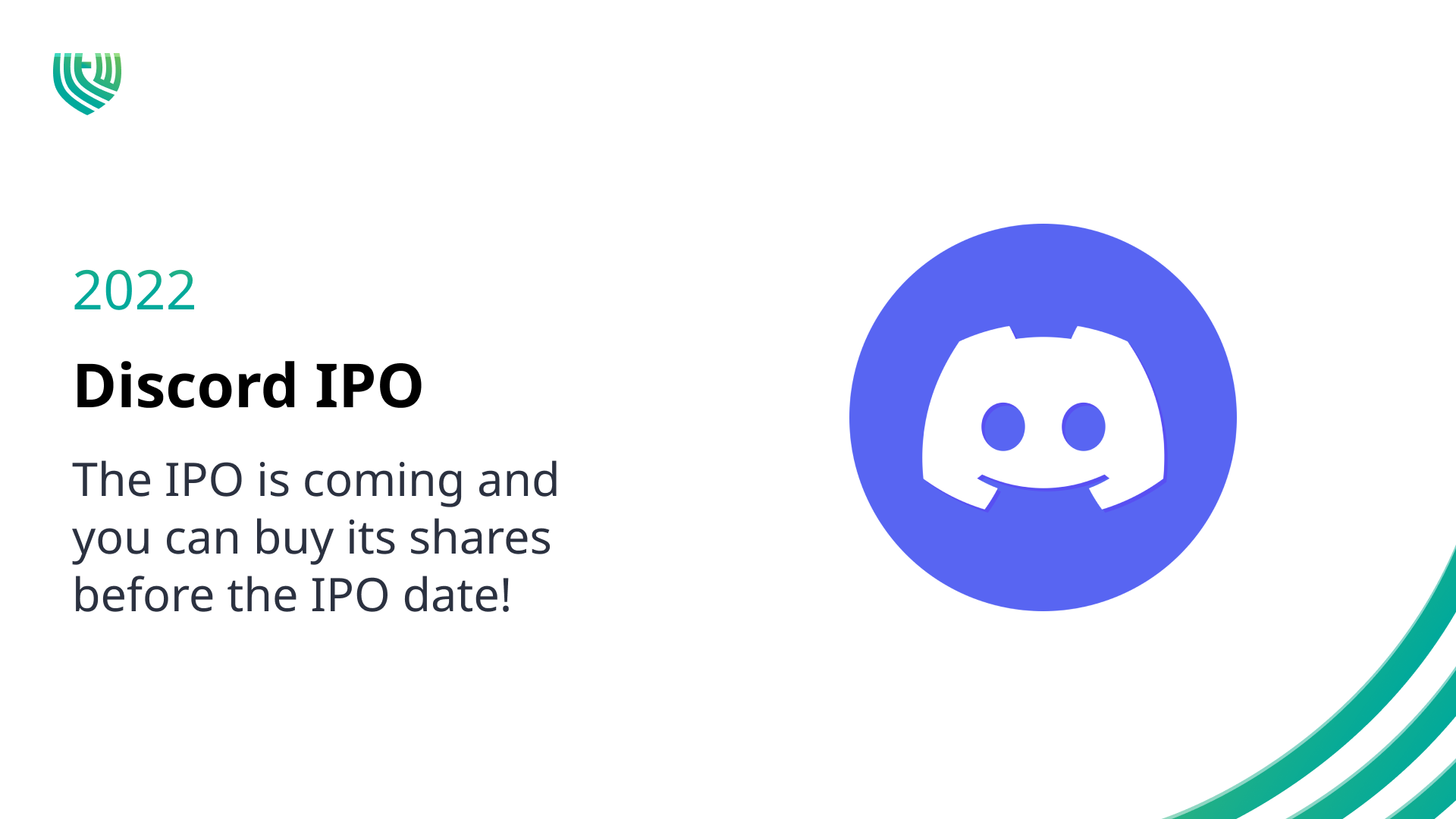 An official date for the Discord IPO remains to be announced, yet it’s expected for 2022 or 2023. Likely it will list on the New York Stock Exchange (NYSE) or Nasdaq exchange. The latter exchange in particular, caters to technology-focused investors who may want to invest in Discord’s IPO.

In this article, we will help clarify all the information about the Discord IPO: its date, how to buy Discord’s IPO, and the stock itself.

As a popular San Francisco-based software company, Discord manages an instant messaging platform and mobile app where users interact over video, audio, and text. You can think of Discord as loosely similar to Meta’s Whatsapp, Pavel Durov’s Telegram, or Amazon’s Twitch.

It’s popular within the gaming community, with Fortnite making the largest Discord server (chat room) at over 571,000 members and Minecraft at over 569,000 members. We fully expect these numbers to increase.

Not all of its servers remain dedicated to gaming. It’s also popular with community clubs, study groups, and international chat rooms. Further, it’s compatible with Windows, iOS, and Android. It’s able to sync (“integrate”) its data with other apps such as YouTube, Twitch, and so on.

When Is Discord’s IPO Date?

Initially, Discord’s IPO date was expected for 2022. Yet due to market conditions, it’s more likely to occur in 2023. This estimation could change pursuant to the status of S&P 500’s current bear market. IPOs are unlikely to occur during a bear market.

As of the end of 2021, Discord’s valuation stood at an impressive 15 billion USD, a 114% increase over 2020. This is in line with the doubling monthly active servers and a so far successful push to non-gaming sectors.

Given that Discord rejected a 12 billion USD takeover offer from Microsoft, we expect the platform to remain independent and use any IPO proceeds to expand its service offering.

It uniquely has the position to attract non-gamers (i.e., WhatsApp) and gamers (i.e., Twitch) alike. Thus its market share should continue to expand as the global gaming market grows approximately 9% per annum to 315 billion USD by 2027.

How to Order Discord Stock Before the IPO

Yes, you can order Discord shares before the IPO. This is known as a “pre-placement.” In theory, several brokers may allow you to do just that. However, the only one which has already announced it will make an effort to give access to Discord IPO is Freedom24.

Among other brokers, TradeStation has not announced if and when it will become available but seems open to it since they offer access to US IPOs. Please take a look at both:

Visit Freedom24
Capital is at risk.

Freedom24 at a glance

With Freedom24, the process to participate before the IPOs feels incredibly straightforward:

To invest in Discord’ IPO, you will technically become a Freedom Finance client. Nothing to worry about here, that’s simply the name of the broker running the platform Freedom24.

Want to know more about Freedom24? Check our Freedom24 review. 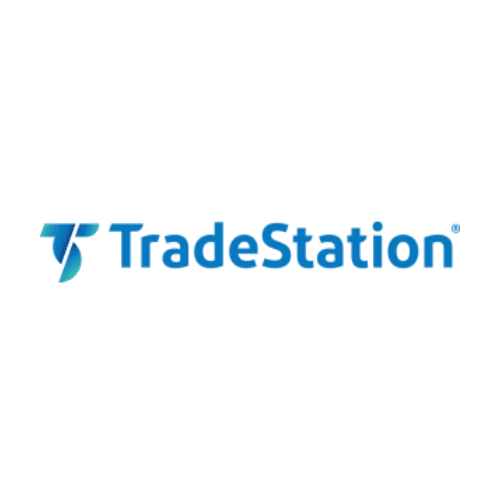 TradeStation at a glance

Founded in 1982, TradeStation is a US broker committed to offering you the best trading experience within their rewarded platforms and brokerage services. You can trade stocks, ETFs, options, futures, and crypto with competitive pricing models.

For US residents, you have zero commission trades (including the IPO stocks). For international investors, please consult their pricing here.

There is no guarantee that TradeStation will offer Discord’ IPO, still, the optionality is there. We encourage you to follow the company and wait for their official announcement. After that, ask TradeStation if they will offer it.

Is Investing in IPOs Profitable?

While this often boils down to knowledge and investing experience, you can earn a profit by investing in IPOs. Between the two brokers mentioned above, Freedom24 is the only one that provides statistical figures for its past IPO offering. So, we will present it here as a result.

Freedom24 has so far provided 265 companies, in stocks of which approved clients have been able to invest at IPO prices. On average, they earned a 53% return by the end of the stock’s lock-up period.

We strongly suggest entering your email (no strings attached!) to receive the latest statistics from Freedom24.

Is Discord’s IPO a Good Investment?

However, there remain a few essential items to have on your analytical checklist no matter the stock or sector.

If an “IPO Filing” has already occurred, a great place to start is taking the time to read through any stock’s original prospectus available on SEC. This helps cut through the noise and hype typically surrounding an IPO. Finding such information prior to an IPO filing remains difficult, yet reputable trade journals such as Forbes, WSJ, Crunchbase, or TechCrunch provide meaningful estimates.

With respect to Discord’s IPO, please see below, noting data is in USD and from the end of 2021 unless otherwise stated:

And there you have a quick snapshot of Discord. It’s important to remember that you want to see consistent growth over several years (at least three) without any breaks in momentum.

Further, we suggest to estimate the possible money-generating activities post-IPO. Will they rely upon advertising? How will that affect the average user experience? Will they opt for paid or “premium” memberships?

We’re excited about Discord’s IPO, and we’re not even gamers. We don’t need to be–Discord has successfully started expanding into non-gaming sectors.

However, they tapped into an incredibly expanding market, lifting several competitors at once: gaming. The boost provided to online gaming from coronavirus remains what analysts call “sticky.”

Discord might provide the +50% return you’re looking for, but we suggest you conduct your own research or sit down with a professional advisor. Why not take a look at all of Freedom24’s upcoming IPOs and make a list? Or simply wait for any announcement from TradeStation and then decide which broker to use? It’s your call.

What is an IPO, and how does it work?

An “IPO” is an initial public offering. As it sounds, it marks a stock’s first trading day on a relevant and public exchange. Most IPOs are crowded, or “oversubscribed,” making it almost impossible to receive the actual initial price unless you opt for a pre-order through a platform like Freedom24 and TradeStation.

Is Discord a public company?

Discord is currently a private company. It’s uninvestable to the general public until its IPO.

How Does Discord make money?

Please see our more detailed review of Discord’s IPO above. Currently, Discord earns the majority of its revenue through premium subscription packages.

How can I find Discord’s IPO prospectus?

After an IPO filing occurs, the prospectus is available to the public through the US SEC for stocks trading on an American exchange.

When will the Discord IPO happen?

While this remains the decision of Discord, we expect the IPO to occur in the first half of 2023 so long as the current S&P 500 bear market recovers.

Can you invest in Discord’s IPO?

Yes, Freedom24 and TradeStation are great platform for doing just that.

What other IPOs are coming soon?

Conor is a CFA charterholder who has been active in the wealth management industry since 2012, continuously researching the latest developments affecting portfolio management and cryptocurrency.

Copyright © 2022 Investing in the Web